Crisco House Slides Onto the Market in Macon, GA 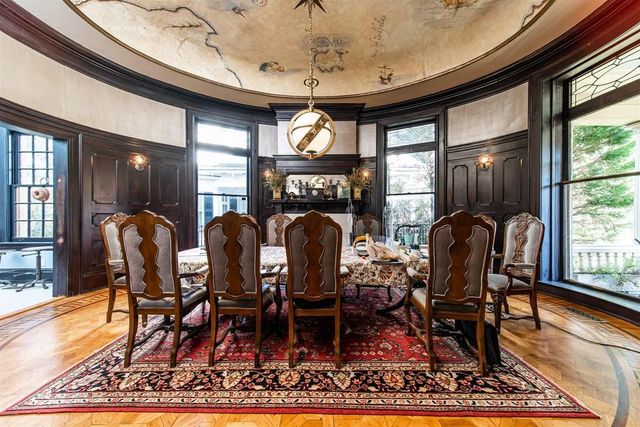 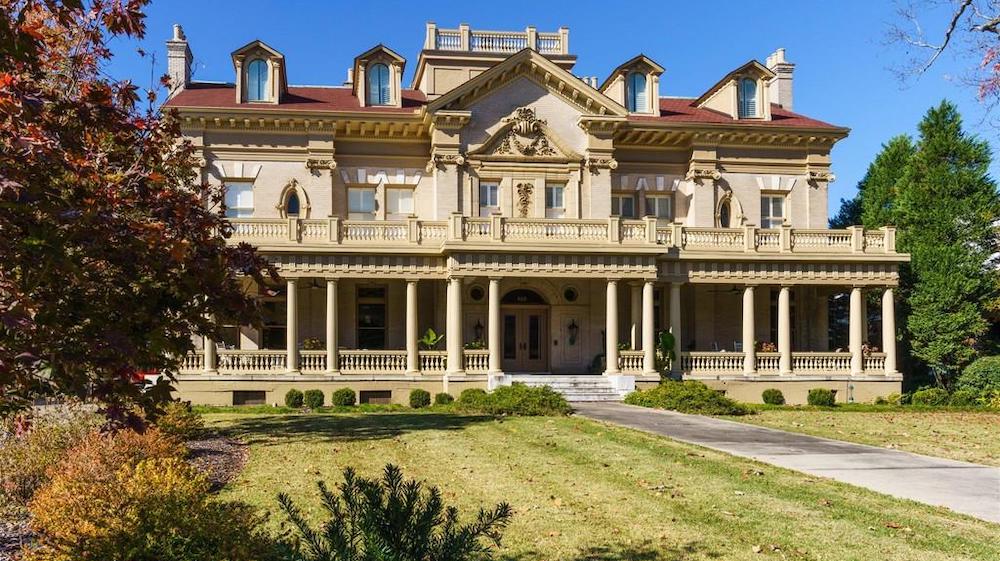 A house built by a man who went on to make his fortune on hydrogenated vegetable oil is available for $1,645,000.

Known as the Crisco house, the 12,862-square-foot residence on College Street in Macon, GA, has a lustrous history.

Wallace McCaw built the house in 1901. He was the president of the Macon Manufacturing Company at the time, and began working on the process that ultimately produced what we now know as Crisco.

âWe all know it for cooking our fried chicken in,â says the listing agent Joanna Jones, adding that some historians say the pale, cream-colored brick on the exterior of the home is a homage to the color of Crisco.

Crisco went on to become a household name nationwide, after Procter & Gamble bought it and began mass-producing it in 1911.

McCaw moved to Cincinnati to work with P&G and sold his house in 1910 to W. Jordan Massee, a man with a flamboyant personality known as âBig Daddy.â

âBig Daddy was very good friends with Tennessee Williams,â Jones explains, adding that Williams lived in the house for time and wrote “Cat on a Hot Tin Roof” while living on the property. âHe named his character Big Daddy.â

Over the years, Massee added a master suite, a movie theater, and a number of other rooms to the house.

Sometime after he moved out, a subsequent owner converted the house into 13 apartments, which were popular with students at nearby Mercer University.

The house fell into disrepair and was in foreclosure when the current owners bought it in 2013. They painstakingly converted it back into a single-family home.

Watch: You Can Take In Seattle’s Entire Skyline From This Historic Home

âThey took the house and totally and unbelievably renovated. I can’t see anything more that they could possibly do,â Jones says. âThis great big house is completely updated, but still has warmth and spectacular charm.â

The massive staircase that is the focus of the entryway holds a secret.

âWhen you walk on the back side of the staircase upstairs on the second floor and you look into the mirror, you can see who’s at the front door,â Jones explains. âSo if you are in the master bedroom and you’re in your nightgown, and somebody rang the doorbell, you could walk out there and they would never see you. You could look in the mirror and see who’s there.â

The dining room is oval-shaped, with elaborate woodwork and pocket doors.

It flows into the kitchen, where the butlerâs pantry includes several appliances and a pantry for food and other storage.

âIt would be a chefâs dream,â Jones says. âThe island is beautiful wood, and of course youâve got more dishwashers and more everything. The kitchenâs not massively huge, but it is the perfect size.â

Farther up, what was once the attic is now an apartment.

âThey renovated that whole thing, so the third level is a two-bedroom unit with a living room, dining room, and kitchen,â Jones explains. âThen you go up to the very top, and there’s a look out over downtown Macon. You can see for miles.â

For entertaining, the current owner created a bookshelf with another secret feature.

âYou pull it, and you go down and they call it the speakeasy bar,â Jones explains.

âThere are televisions, a copper bar, a dishwasher, a bathroom, and more. This speakeasy bar has a back entrance, so you could have people come visit and hang out in this cool pub.â

In the backyard, there’s a separate structure that the owners have dubbed the property managerâs house.

Jones says the house is priced well and the owners are ready to move on to another project.

âThis house, anywhere else besides Macon, GA, would be $5 million or $10 million, I’m sure,â she says. âWe have all these people now calling from California, New York, everywhere trying to get to Macon, GA, because you can buy a lot of your money, and there are things happening here.â